Skip to content
This post may contain affiliate links. We earn commission if you shop through these links at no additional cost to you.
9shares

In Part 1 of my Disney Cruise Review: The Disney Fantasy, I spoke about the cabins and the food. In the second part of my review, I will take about the activities and entertainment on board, and there are quite a few.

For kids, the Disney Fantasy has great activities to keep them occupied all day long. My cruise on the Disney Fantasy was probably one of the most relaxing vacations that I have had in a long time. To be honest, for me at least, that wasn’t a good thing. My daughter was so in love with the Oceaneer’s Club, aka Kids Club, that she wanted to go there every day. She would wake up and ask to go to the Kids Club. We would pick her up for lunch and then she want to go back there. It was the same thing after dinner.  My husband and I were left to find things to fill our days.

For adults, Disney does offer trivia, but most of it is Disney based and I know a lot less about Disney based trivia than I thought, so I only went to one and then didn’t go back. I went to the Disney version of name that tune a couple of times and then my husband and I attended an adult’s only trivia where we got our butts kicked.

I attended one arts & crafts class where I did a tile art project which came out very nicely, if I do say so myself. Most of the arts & crafts sessions though were for families, so at the beginning of the week I didn’t go to many because my daughter was in the aforementioned kids club, but towards the end, I started pulling her out and going to the classes with her. We made a 3D Flounder and an origami flower. With my husband, she made an airplane and attempted to learn the art of animation and draw Mickey Mouse and Tigger.

If you are not an artsy type, don’t like trivia or bingo, then you might want to catch a movie. Disney does have a full movie theater on board with 3D capabilities. They play movies that were recently released or  are currently out in the theaters.  Movies are played multiple times per day and are repeated throughout the cruise.

There are many character meetups on board every day. You can find the listing of characters that will be out and about each day, where they will be and what time in your personal navigator. Characters that we saw on board include Mickey, Donald, Goofy, Pluto, Minnie, Donald, Daisy, Chip & Dale, Jake, Captain Hook & Smee, Tinkerbell, Buzz Lightyear, Aladdin, Lilo & Stitch and the princesses. Kids can get autographs signed and take pictures with the characters. You are allowed to take pictures with your own camera. If you have little girls, one of the things you won’t want to miss is the Princess Gathering. This happened twice on my cruise. Be forewarned that there are long lines, but your kids will get to see Aurora, Cinderella, Tiana, Belle and Snow White all in one place.

If you want more one-on-one time with the princesses, consider taking your kids to the Princess Tea that is held once during the voyage. This is a new event that was recently started on board the Fantasy. Although, I wasn’t able to attend with my daughter, I was able to pop in and see what the tea entailed. Each family is given their own personal table with their own server and each child is welcomed to the tea by name. There is singing and dancing and lots of goodies to eat, as well as gifts for each child at the table. There is a visit from three princesses, all bearing gifts for the children and then they go from table to table spending time talking to each child. The cost of the tea is $210 per child and $70 per adult. If you can afford it, it definitely seems like an experience that your child will never forget.

There are two small family pools on the main pool deck, the Mickey pool and the Donald Pool. There is also the AquaDuck, which is a water coaster at sea. The Aqua Duck takes you on a ride all around the pool deck which is kind of fun to experience. That said, the lines were kind of long, and while fun, it is not worth a 30 minute wait on line. Go on a port day when the line is much shorter. There is also an adult pool with a swim up bar that is separate from the family pool deck.

In the evenings for families, they had activities in the D Lounge, which is the family lounge on board. They had family karaoke, family dance parties and the family talent show on the last day of the cruise. We went to the evening activities a few times as they took place in between the time the show ended and the time dinner started. My daughter had a great time boogying down on the dance floor and was ecstatic when some of the characters showed up and she was able to dance with them.

The three main production shows were Aladdin, Wishes and Believe. Aladdin and Wishes were pretty good, but my favorite by far was Believe. I saw Believe on the Dream and thought it was an amazing show and two years later, I still think it is fantastic.

Disney recruits top notch singers and dancers and there scenery and use of lighting and Imagineering just can’t be duplicated. During each of the main productions, my daughter and I, along with everyone else in the audience, were transported into a fantastical world. My daughter loves going to the theater when we are home, but on the ship, she seemed to be mesmerized.

I wholly recommend Disney for families with kids of all ages. 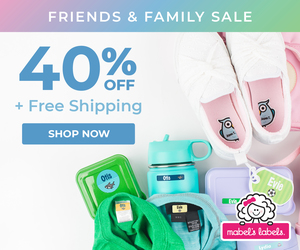